Eagles in Killarney: A Guide

Eagles are not a species you associate with Killarney, but place names like Eagles Nest give you a clue that eagles in Killarney are not a new phenomenon. Indeed, white-tailed eagles were once quite common along the Western coast of Ireland, but they had been decimated by trapping, shooting, and poisoning by the 19th century. Until 2007, there had been no eagles recorded in the area since 1898. Now, however, when you stay at Coolclogher House you have a good chance of spotting these majestic birds in the wild. 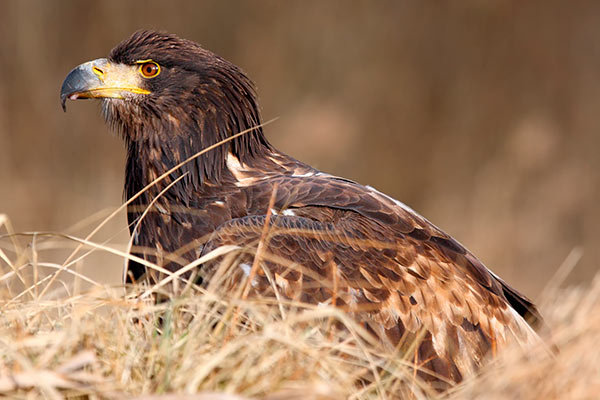 In 2007, 15 Norwegian white-tailed eagle chicks were introduced to Killarney as part of a series of five-year programmes to revive the species to Killarney. Progress has been fragile though, with eagles dying through poisoning and even tumbling fatally from their nests. The most successful year so far has been 2016, when six chicks fledged successfully from five nests in three different counties, but hopes are high that as many as 60 pairs of white-tailed eagles will nest in Killarney. With their massive, 8-foot wingspan, they can fly as far as Clew Bay in County Mayo with very little effort.

Some eagles born in Ireland are now starting to breed themselves, but evidence that the small population was still vulnerable because of illegal poisoning, avian flu, and storm damage prompted a supplementary release.

The Future for the White-tailed Eagle in Killarney

In the summer of 2020, a new group of young Norwegian white-tailed eagles arrived in Kerry as part of a Phase Two project to boost the small existing breeding population in Ireland. This latest release sees young eagles being introduced at Lough Derg, the lower Shannon estuary, and Killarney National Park over a three-year period. The project will not only generate substantial tourism revenue, but it will also help Ireland meet its requirements to maintain and enhance native wildlife under the UN Convention on Biological Diversity. 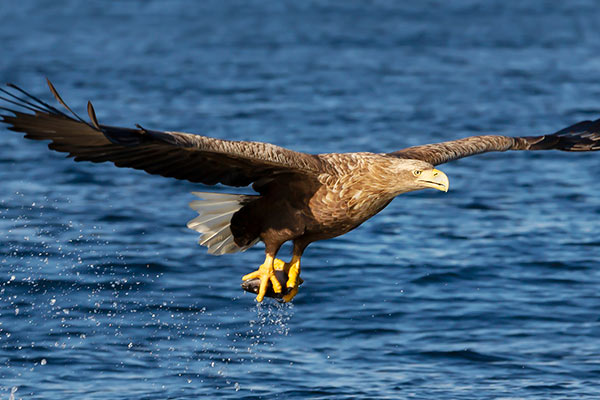 The Best Places to Look for Eagles in Killarney

So now you know that they are here, how can you spot these beautiful birds? As the eagle with the largest wing span of all eagles, they are pretty distinctive, especially with their white tails. Because they feed on carrion (dead animals and birds), you will often see groups of crows flying near them hoping to catch some scraps.

The most popular places to see them are in the skies over the Lakes of Killarney. A boat trip to Innisfallen could result in a successful sighting, as could the Gap of Dunloe boat trip. They have frequently been spotted near Dinis (on Muckross Lake) and also near Lord Brandon’s Cottage (which lies on the shore of the Upper Lake).

When you do see them, forget scrambling for your camera: Take a moment to admire the soaring flight of this majestic bird and treasure the memories. 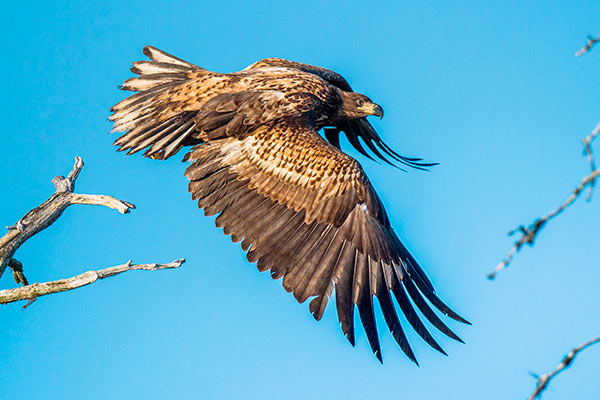