Our Favourite Walks in Kerry

It took us a while to write this: It’s very difficult to choose the top five walks in this beautiful county! Virtually every square mile of the area contains some path or trail leading to a beautiful view or a memorable outdoor experience. Once you start walking in Kerry yourself, you’ll discover your own favourites, but read about our top five walks for inspiration.

Even better, all are within easy reach of Coolclogher House: 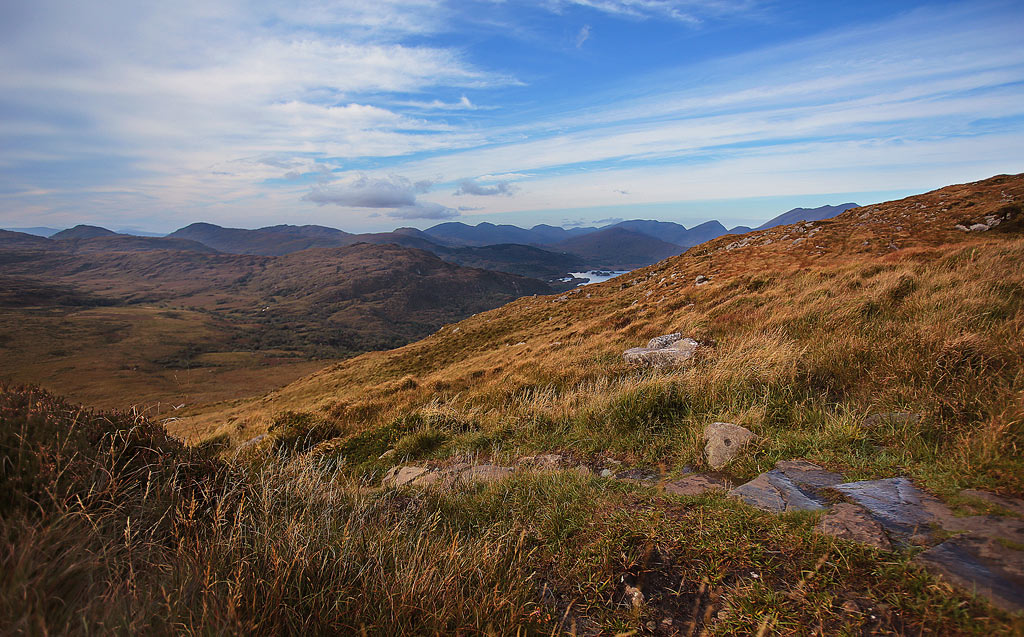 Torc
The easiest Kerry mountain to get to from Coolclogher House, and the easiest to climb, is Torc. You can start either from the car park at Torc waterfall on the N71, or from the car park at the Old Kenmare Road, also off the N71. If you decide to start from the waterfall, all you have to do is walk up the steps beside the stunning cascade and keep going, following the walking signs as you emerge from the forest. The car park at the Old Kenmare Road will be in front of you. The 535m peak of Torc rises from Killarney National Park and is easily climbed using the path of raised wooden planks. This makes it suitable for walkers without any mountain experience. Weather permitting, once you reach the top, you will see sweeping views of the parklands surrounding Muckross House, as well as a succession of peaks extending all the way from the MacGillicuddy Reeks on to Mangerton and the Paps.

Cnoc na dTobar
Pilgrim paths are all the rage now, since the Camino de Santiago captured the public’s imagination, but Cnoc na dTobar (Hill of the Well) is still largely neglected. Pilgrims have climbed it on the last Sunday in July since early medieval times, and more recent visitors have lined the path with white markers. Raising its head above Dingle Bay, to the north of Cahersiveen, Cnoc na dTobar is one of the Iveragh peninsula’s most rewarding peaks. You should have dramatic views of the south Kerry coast, as well as the Blasket Islands and the Slieve Mish Mountains. This 690m peak is more difficult to climb than Torc, but it is still manageable for those of average fitness. You get to it by turning off the N70 just before Deelis bridge 3km northeast of Cahersiveen or via Cahersiveen bridge in the town centre. 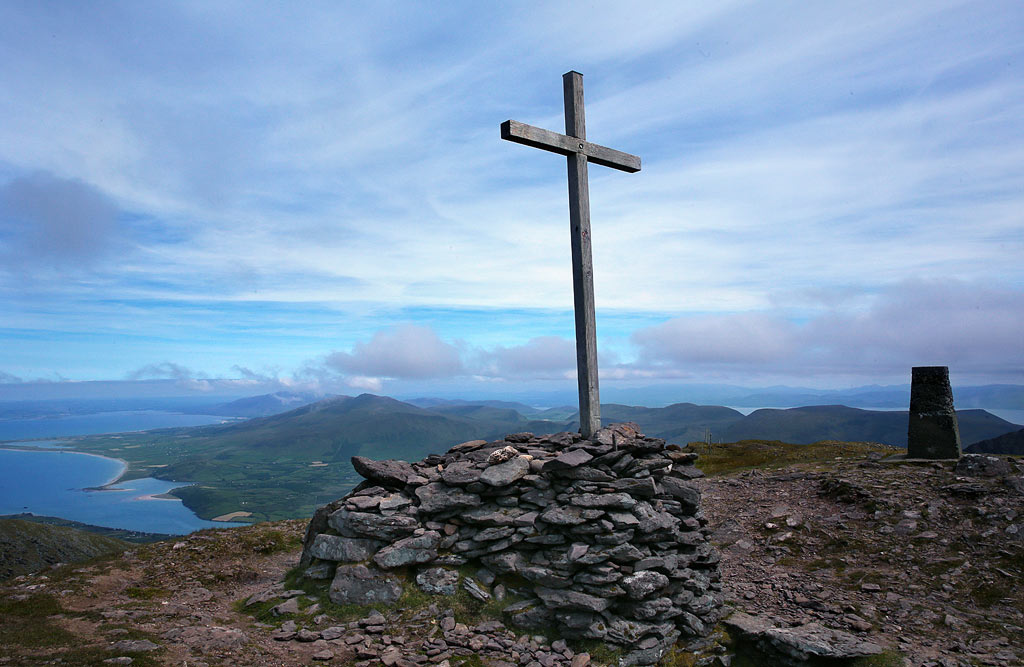 Cosan na Naomh, Dingle
We’re choosing another pilgrim path for our next favourite, but this time there is no climbing involved, unless you want to keep going all the way to top of Mount Brandon (and that is highly recommended too, if you have the fitness). You begin walking Cosan na Naomh at Ventry Strand on the Dingle Peninsula and end at Mount Brandon, a hike of 16km that belongs to a tradition of pilgrimages to the mountain dating back to pagan times. The route manages to take in all that is beautiful about the landscape west of Dingle, including the scarlet and orange of the fuschia and montbretia in summer, winding roads, and breathtaking mountain views. Heritage Sites along the route include the 7th-century Gallarus Oratory and the 12th-century Kilmalkedar Church.

Bray Head, Valentia Island
There is a Bray in Wicklow too, but we believe this one is more beautiful! Bray Head lies at the western end of Valentia Island and offers a moderate 7km loop walk that gives back far more in beauty than it takes in effort. Following a steady climb to a 19th-century abandoned signal tower, you walk along the cliff edge for stunning views of the Skellig Islands to the west, Dingle to the north, and Portmagee and Puffin Island to the south. If you are lucky, you might even glimpse whales breaching in the ocean below. Not far from the car park, you’ll find the historic site of the first transatlantic cable connecting North America with the rest of the world. You should also keep an eye out for an early Christian heritage site half-way to the tower, on the south side of the path. It contains five ruined, dry-stone buildings with a dozen carved stones.

Carrauntoohil
We’ve left the daddy of them all until last. Ireland’s tallest peak is not for the fainthearted. Suitable only for experienced hill walkers with a good level of fitness, it is best climbed with the aid of a guide. Make sure you are suitably equipped for a 7-hour walk, and don’t attempt the ascent in poor weather. Carrauntoohil can be climbed via a range of routes, but the most famous is the aptly named Devil’s Ladder. The “easiest” way up is through the Hag’s Glen, starting from Cronin’s Yard, off the N72. Dramatic mountain scenery surrounds you right to the summit, where (again, weather permitting) the views are unforgettable. You can see right across the Dingle Peninsula, Kenmare Bay, and the Caha mountains of west Cork, with a steep ridge reaching out to Beenkeragh, the second-highest mountain in Ireland.

Please note: we recommend using local guides when climbing and walking in the Kerry Mountains. Remember, there are no marked trails and bad weather can come in quickly off the Atlantic.

Looking for more information about how to get to the best Kerry walks? Your hosts at Coolclogher House would be delighted to offer advice.

Explore the Lakes of KillarneyBlog
Christmas in Killarney 2019Blog
This site uses cookies: Find out more.