Our Favourite Short Walks in Killarney

There is no shortage of beautiful walks in Killarney, but sometimes that is the problem: The area is so steeped in stunning scenery that it can be hard to know where to start. Sometimes you might just like a short refreshing ramble, so where are the best places to go?

Here we describe some of our favourite places to take a short walk in Killarney:

Park at St. Mary’s Cathedral on the outskirts of Killarney town, cross the bridge into the Demesne and you have a wonderland of walking trails to choose from. Take the path in front of you and head in the direction of the mountains. When you get to the river at Lady’s’ Bridge turn right and enjoy a calming stroll by the Deenagh River, following the bend to the left as views of the Lower Lake open before you. Ross Castle guards the shore on the other side of the lake. You will take a left at the next junction and head back in the direction of the Cathedral for a walk of about 5km. 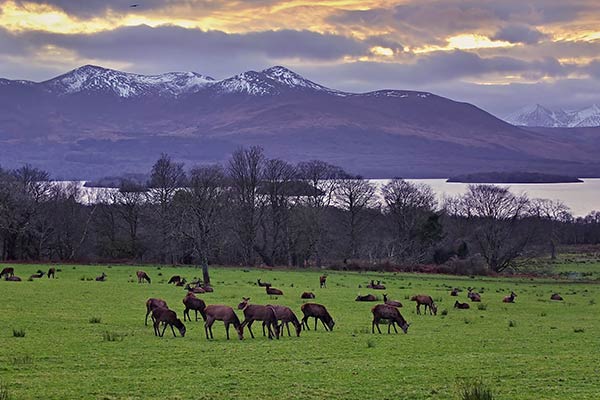 For a shorter walk, park at Ross Castle and head left on to Ross Island, one of Killarney’s lesser-known gems. Delve into the old oak woods until you arrive at the shore of Muckross Lake and beautiful views of the mountains. On your right, you will see a startling green pool that is one of the last remaining indications that copper mining took place here over thousands of years until the mid-19th century. Along this 2km looped walk, you will find paths branching off to viewing areas at Governor’s Rock and Library Point. They are well worth the detour. 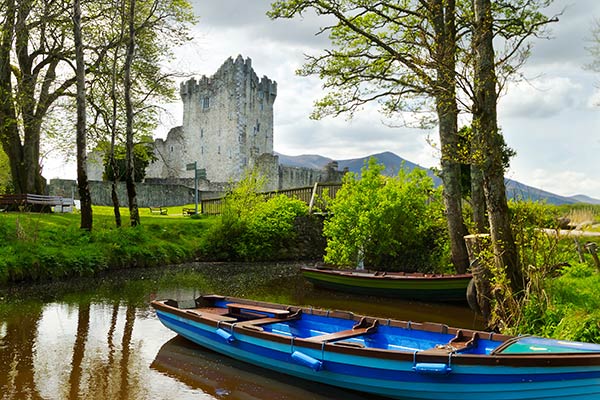 Muckross Abbey is home to Ireland’s oldest tree. The majestic yew that soars from the cloister in the middle of the abbey was brought from Inisfallen Island on Lough Lein by monks from the island’s monastery and is said to be as old as the abbey itself—dating back to 1448. You can start the walk from the car park at Muckross House and follow the signs for Muckross Abbey. Wander through the well-preserved ruins of the church and the square tower, looking out for the fine windows and the arcade of arches in the vaulted cloister. Then head back to Muckross House by following the path you were on, keeping left until you arrive back to where you parked. 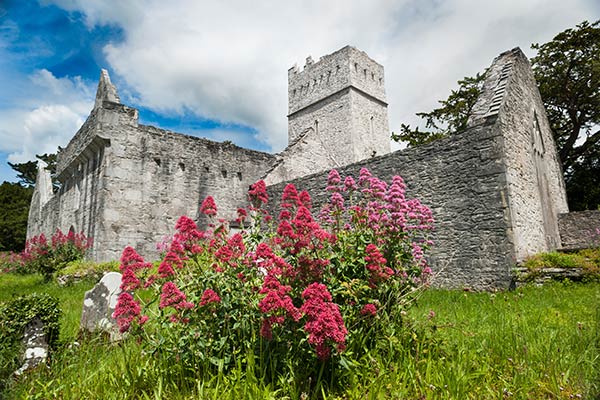 From the green pool on Ross Island to the Blue Pool in Muckross, you have your choice of colourful bodies of water in Killarney! You’ll find this walk if you take the first turn left immediately after the Muckross Park Hotel. It offers two options for reaching the Blue Pool, both winding through delightful sheltered woods with sparkling streams and an air of serenity. It can get a little muddy underfoot in winter, but it makes the perfect spot for a picnic in finer weather—either at one of the spots around the edge of the pool or at the picnic bench near the entrance. The blue pool itself is just off the main trail, so keep an eye out for the signs.

Looking for a good spot for a short walk in Killarney? Ask your hosts at Coolclogher House—they have lots of tips that only a local would know!